Do You Have Excuse-itis? What do You do About it? 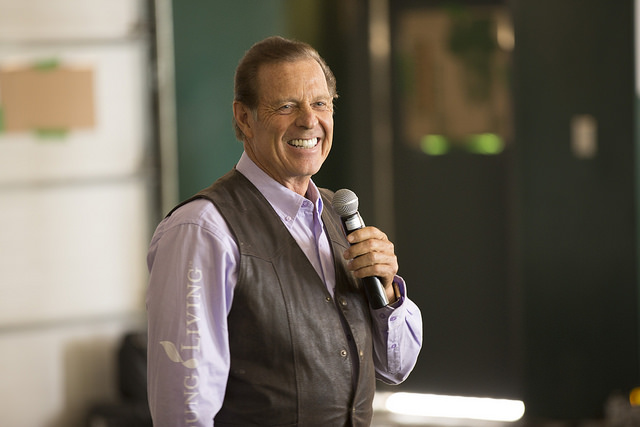 How many of you hate paying your bills? Come on, be honest. Ask yourself, why do I hate paying my bills? Is it because there’s generally not enough money to go around or none left over after you do pay them? What is your excuse? 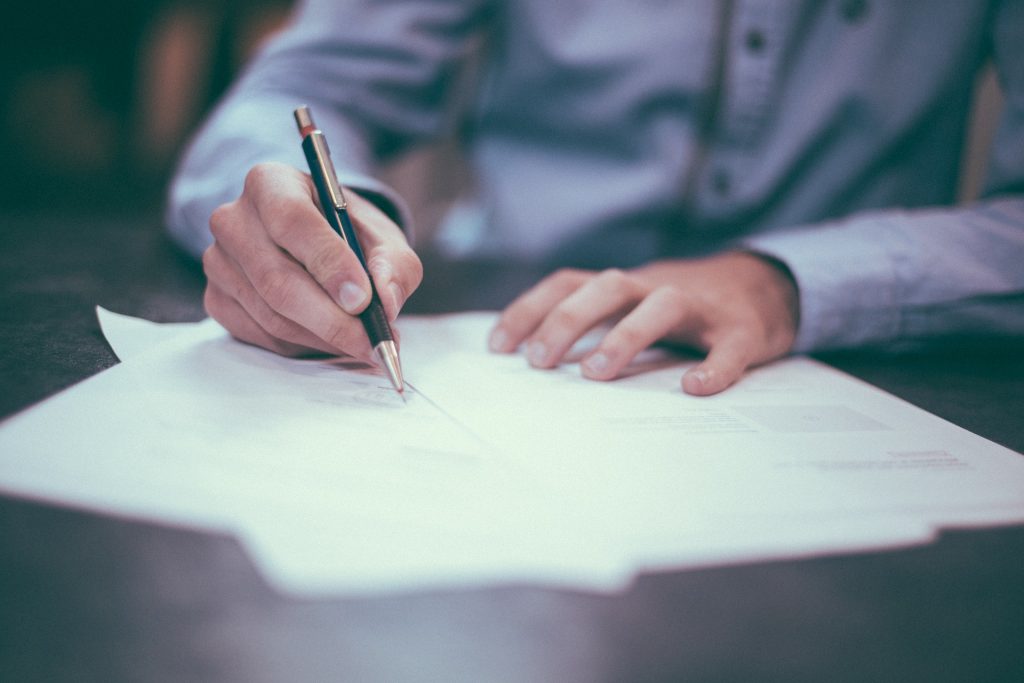 Write down the reasons you don’t like paying your bills. Is it because there’s not enough money left over for other things after the bills are paid? So you resent paying your bills because it diminishes what’s in your bank account.

I’m here to tell you, though, that your bank account is not your source.

How many of you spend a lot of time balancing your checkbook? I probably shouldn’t tell you this, but I’m just being honest. I’ve never balanced a checkbook in my life. I figure if the bank is going to give me a box of checks, then there’s got to be enough money in there to cover those checks. What an irresponsible bank to give you checks if there’s not enough money in there to cover them!

Kidding aside, I won’t spend time balancing a checkbook. Why not? Because I know mentally what I’ve spent. Also, I have worked to make sure there is three or four times more money in my bank account at all times than what I’m going to spend, so I’m not going to waste my time doing something that is extremely negative.

We spend much more time working backward than working forward. After you balance your checkbook, while you’ve got it out, if you think, “Oh my goodness, the check I just wrote this morning is going to bounce.” or, “Holy cow, I don’t have enough money left to go buy groceries.” That puts you in a negative space, doesn’t it? 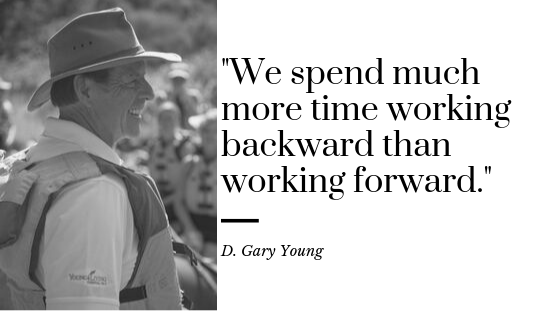 How many of you have lived that way in your life? Most everybody has from time to time, if not for their entire life. It’s a rut. Human beings love to live in a rut. You know what a rut is.

One of the greatest examples of a rut comes from the 1840s, when the big land run on Oklahoma was happening. Those big old prairie schooners were loaded down with a ton of supplies and plows and whatever, and then the pioneers headed across the Oklahoma Territory to stake their land.

When the rains came in the fall, they cut ruts in that muddy prairie three feet deep. Then when colder weather came and those ruts froze, it was treacherous, because when prairie schooners dropped down into those ruts, they couldn’t get back up. The pioneers would literally have to stop and put in blocks and use fulcrums to jack them up out of the ruts.

If they got out and continued west, the trails parted outside of St. Louis. One trail became the Santa Fe Trail, one the California Trail, and the other the Oregon Trail. It got to the point that the pioneers posted a sign where the trails separated that said: “Choose your rut; you’ll be in it for the next 2,000 miles.”

Folks, I think the prairie schooner’s rut is one of the greatest metaphors that we could use. Have you chosen your rut? Every one of us has one from childhood, because we look at our parents as our mentors. As we’re growing up, we want to be just like our parents, don’t we? Not until we get to our teens do we often start saying, “Maybe I don’t want to be like my mother and father.”

Think of the Real Why

Jacob and Josef aspire to be like me, they’ve said; and every time I hear this, I have to reevaluate myself, my position, and where I’m at in life. Am I being the kind of example I would be proud for the boys to follow? Am I doing the right thing to lead my boys to greatness? That’s my greatest goal. I want both of the boys to be greater than I could ever be. That’s my greatest goal in life, and any parent’s greatest reward should be to see their children rise far beyond where they stopped. So it’s time for self-evaluation. 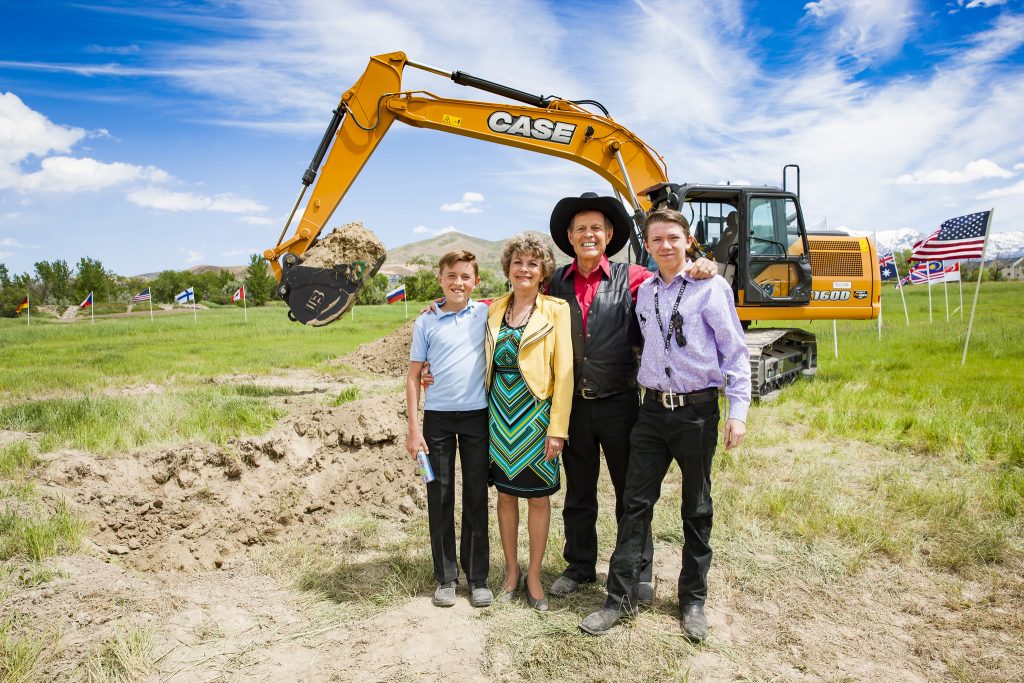 Change Your Paradigm, Even Though It’s Really Hard

But how do you go about changing your paradigm? It’s really difficult; it’s a challenge. I’ll tell you this: 99 percent of the people in the world live out their lifetime and never change their paradigm. They may change some of their feelings about it, their attitudes about it, or some of their behaviors. But 99 percent of the people in the world never change their paradigm.

Why? Because they don’t change themselves. They don’t change inside. Most people just want to say, “Well, I’ve done this, and this, and this, and it doesn’t work. So this is just my life.” They say the same thing about their finances: “Well, I’ve been in this company and I’ve been in that company and I had this business and I tried that business and I’ve done sales before—and it just doesn’t work. So my lot in life is to be a poor person for the rest of my life.”

When I was a preteen, I listened to my father tell a friend, “You know, with my luck, if I were riding my horse down the trail and saw a large gold nugget lying on the trail, by the time I picked it up, put it in my saddlebag, and got it to the bank, it would have turned into a road apple.” For city folks, a road apple is a cow pie.

That was my father’s belief system: that nothing good could happen in his life. Then he died as a result of an accident and cancer at the age of 60. I took care of him and paid his hospital bills and his funeral expenses, including his coffin, because he died penniless and left my mother with nothing. Then I took care of her until she died two years ago. 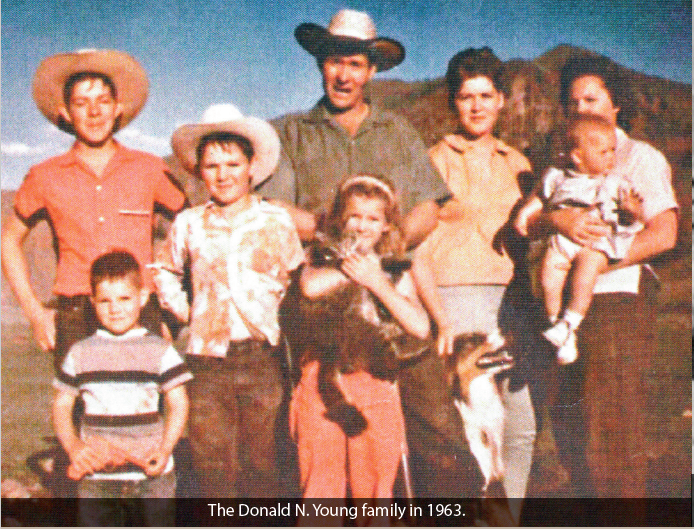 I know it was difficult for my father to watch me as I left home, went out on my own, started developing a business, and became successful. It angered my father. He had a great deal of resentment about my success in life. So subconsciously, I would do things to destroy my success, because I didn’t want to lose my father’s approval. It took me a long time to realize what I was doing.

I believe my accident in 1973 was related to that very thing. I was a very successful logger in Canada and had two incredible contracts at the very young age of 22, contracts that any other logger would have been thrilled to have. I really have wondered if I created that accident because I didn’t want my father to be upset with me for being more successful than he was.

So we do things subconsciously because we’ve set up our paradigm and don’t realize it. We act it out or we live it out and then wonder why we can’t succeed in business or in other areas of our lives. No matter what I’ve done in my life, I’ve always been blessed to be successful, but I had to hold tight to that success because of my tendency to self-sabotage.

So I speak from experience when I say: Folks, the old paradigm is not worth 20 cents in your pocket. How many of you really want to change? How many really want to shift?

Stay tuned for advice on how to change long-held paradigms and watch for new posts every Tuesday!