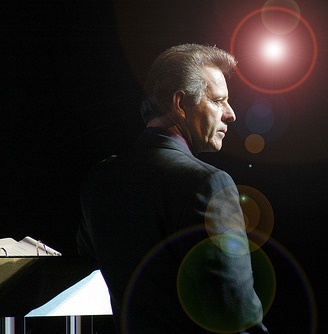 Gary’s dream continues and expands. He is now making it a reality. Come join the World Peace Caravan!

Well, that dream lasted for 2½ hours, and it wasn’t about a reenactment of the three magi. I saw six caravans merge, and later through the dream realized they were six of the religions of the world: Christianity, Judaism, Hinduism, Buddhism, Sikhism, and Islam. They all merged into one caravan to forge a better future for the world’s children.

As I was watching this, all of a sudden I was on my horse and was leading the caravan. You know how dreams are; they always change. We camped at night, and the children played and ran through the tents and around the fires, yelling and playing and having a grand time. They all spoke the same language of friendship. People from every walk of life were sitting around the fires talking, and we had entertainment and special speakers from different religious groups, sharing, educating, and teaching.

That dream is now going to become a reality; the event is going to take place in April of next year. We have an office, an 800 number, an advisory committee, and a director of the project, Jay Anderton.

I’ll tell you a little bit about how that happened. Before I went to Jerusalem, Mary asked, “What are you going to do in Jerusalem?”

I said, “I’ve got to find somebody to help me with the caravan.”

She then asked, “How are you going to do that?”