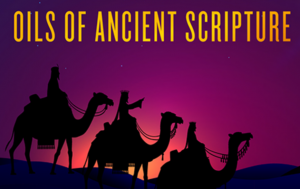 EDITOR’S NOTE: Since Gary Young’s passing, we have been taking stock of the tremendous contributions he made to the world by revisiting his presentations, such as this fascinating multipart blogpost series called The Twelve Oils of Ancient Scripture. In it, Gary examined the historical significance and traditional uses of frankincense, sandalwood, myrrh, onycha, spikenard, rose of Sharon, myrtle, hyssop, galbanum, cypress, cedarwood, and cassia.

Here’s the continuation of the series, in which Gary turned to sandalwood. 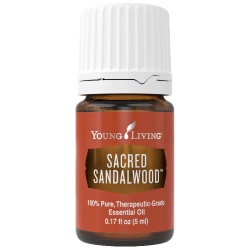 Sandalwood is another aromatic substance with a long, rich history in ancient times. Traditionally referred to as “aloes” or “aloewood,” it is mentioned in John 19:39: “And there came also Nicodemus, which at the first came to Jesus by night, and brought a mixture of myrrh and aloes, about a hundred-pound weight.” Psalms 45:8 informs us that the garments of the Messiah are fragrant with myrrh, cassia, and aloes, which is sandalwood.

The documenting of biblical plants and aromatics down through the ages has not been exact. The first entire book on plants was not published until 1566 AD, but many botanists believe that “aloes” refers to sandalwood, one of the oldest incenses known to man. Its 4,000-year history includes use as a carved wood as well as distillation for its sweet, woody, and fruity-scented oil.

The quantity of myrrh and aloes used in preparing Christ’s body for burial was indicative of deep respect; and in ancient Egypt, myrrh and sandalwood were used to embalm the great pharaohs of Egypt. The Egyptians also used sandalwood in ritual burnings to honor their gods.

As one of the oldest incense materials, sandalwood’s calming fragrance makes it valuable for meditation.

Next time, join me as I discuss another significant oil of ancient scripture: myrrh.