THE JOURNEY TO SACRED FRANKINCENSE PART 6

EDITOR’S NOTE: Since Gary Young’s passing, we have been taking stock of the tremendous contributions he made to the world by revisiting his presentations such as this fascinating seven-part blog post series called “The Journey to Sacred Frankincense.” Here’s Part VI.

After 15 years of traveling to and from Oman, building relationships with the people there, and acquiring their trust, I was able to fulfill a 15-year-old dream—to build a distillery in Oman and be the first in hundreds of years to distill the sacred frankincense. After months of paperwork and waiting for the country of Oman to write the code, we were finally able to obtain permits to export Boswellia sacra to the U.S. and Ecuador. For that, we have to thank the wonderful people of Oman and our partner and manager, Mahmoud Suhail, MD.

Boswellic acids are some of the main compounds found in the frankincense species of sacra and carterii that science is claiming to be anti-cancer and anti-inflammatory. Boswellia sacra has the highest amount of boswellic acids, at 42 percent; and carterii has almost as high an amount, with 40 percent. 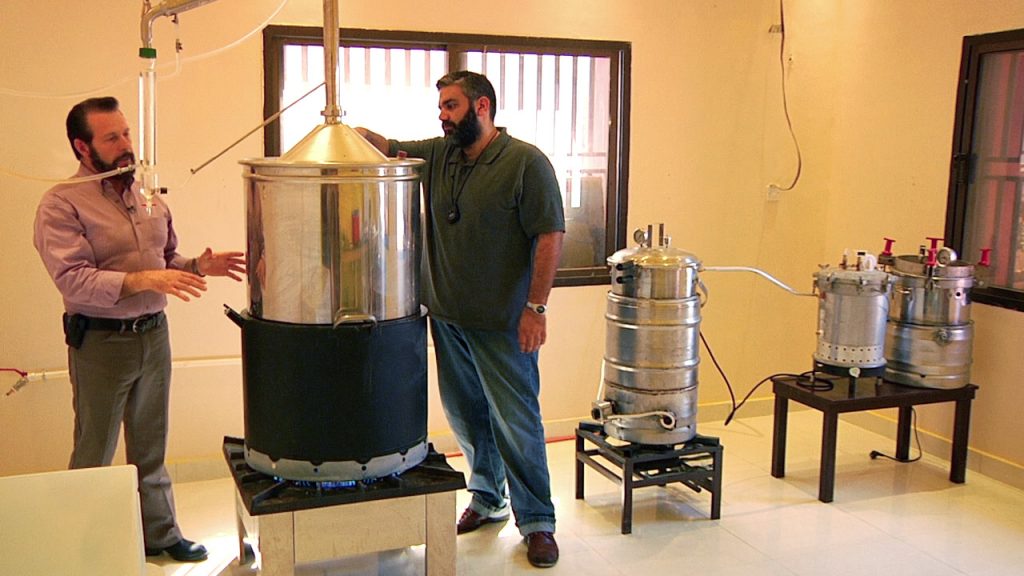 It is most interesting that frereana found outside the U.S. shows an extremely low percentage of boswellic acids, ranging from perhaps 2 to 3 percent, but the frereana marketed in the U.S. has been analyzed by an independent U.S. laboratory and shown to have virtually no boswellic acid in its chemical structure.

In all of my travels while filming the documentary of the Frankincense Trail, titled The One Gift, and during the 15 years of research that I used in writing my book, a companion book to the film, which was published in June 2010, also called The One Gift, never did I see other Americans, and certainly no one from Utah, doing research in Oman.