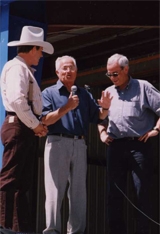 Years ago, sons had a tendency to follow in their fathers’ footsteps, which was certainly the case with Marcel Espieu, who was president of the Lavender Growers Association for over 20 years, and Jean Paul and Jean Marie, three of the old lavender growers who had taken over from their fathers. For some like Marcel, who was fourth generation, growing and harvesting lavender was the only life he knew.

Lavender was a natural, wild-crafted crop that could easily be cut and harvested in the hills. Over time it was domesticated and gradually became one of the largest ingredients in the manufacture of perfume and scented cosmetics. It became one of the most profitable oils in the history of the perfume cartel, until chemical houses started to duplicate compounds synthetically.

By the 1960’s the use of lavender oil reached its peak and remained a highly sought-after commodity in the industry for about 20 years. However, with time and cheap synthetics, the use of pure, unadulterated lavender gradually started to decline.

In order for farmers to stay in business, they had to increase the yield and decrease the price. In the late 1970s, the era of growing hybrid plants and plant cloning started because they produced a higher yield and gave the appearance of true lavender.

The cloning process was developed from selected plants, which gradually changed the multi-colored true lavender into a single, manufactured color of hybrid plants.