The Power of Balsam Fir and Spruce 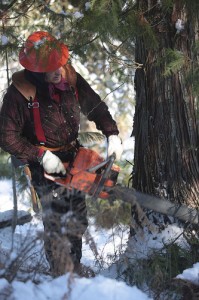 Every winter Gary personally directs the harvesting of balsam fir trees and the balsam distilling process at St. Maries, Idaho, to assure an ample supply of this beautiful essential oil.

In the physical level, as I mentioned, balsam fir may support DNA repair; it is also believed to encourage bone regeneration. Balsam fir may also support a healthy inflammatory response in the body.

I believe Idaho balsam fir is very powerful in restoring the DNA to its homeostasis. It’s found in both Transformation and Sacred Mountain.

Spruce is also in Sacred Mountain. The North American Native people believed that spruce was the anchor to the soul, to the God of the world. They would use it in smudge sticks, and they would breathe the aroma as the smudge sticks of the spruce would burn, much like the prairie people did with sage. They would anoint their whole bodies and brush stroke the smoke over their bodies, similar to what the ancient people did with the smoke from burning frankincense resin.

The ancient people here in America used primarily spruce or sage for the same reason. It is so amazing how this knowledge existed on every continent and every country in the world but that the people used the elements that existed in their country.

So if you haven’t ever used Sacred Mountain, get acquainted with it and incorporate it into your oil usage.