When We Need to Make Changes 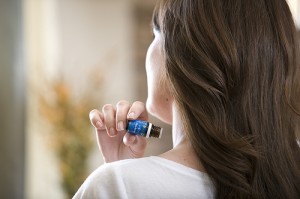 You may need to release another attachment. Put White Angelica on your shoulders, sternum, neck, crown, and hands and breathe it!

Just by physically making the motion of going counterclockwise, you’re erasing that blueprint in your memory. Next, while breathing in the oil blend of Release, say “I willingly, lovingly release.”

If you feel that it’s hard or you feel you don’t want to release, then put Acceptance on with Release, because sometimes we have to stop and accept where we are before we can move beyond.

That’s something that is really difficult for humans. We like to stay stuck. We like to beat ourselves up and make martyrs out of ourselves, so we can feel good about ourselves while we slide into the ditch of poverty, lack, and sickness. Then people can bring chocolates and flowers to us in the hospital to celebrate our position in life. Whoo, boy; are we a backwards society? Are we programmed backwards?  Yes we are, so how can we ever expect to get it right, unless we start realizing we need to make some changes.

Now another thing. If you’re in this space and you’re writing and erasing but feeling stuck and you put on Acceptance and it doesn’t break the barrier to allow you to feel that you are moving forward, then there’s another attachment that you might want to release. It may be an indicator that there’s a spiritual bondage. Whatever it’s coming from, it may be a spiritual issue, so you put White Angelica on your shoulders, on your sternum, on your neck, on your crown, and breathe it. Then repeat everything in the process again.

Is that going to work for everybody? No, but it will for most people.

However, if that doesn’t let you release or break it, then another issue may be holding you there, so put on Surrender because you’re stuck, it’s not moving, it’s not breaking, whether it’s spiritual or physical, because you feel attached to it. You have gotten so much mileage out of it, and it has served you so well, even in the pits of negativity. When you’re in the pits of negativity, you get a lot of attention. You need to surrender this.