Editor’s Note: This blog post is the fourth of six summarizing the workshop given by D. Gary Young at the 2012 Young Living International Grand Convention on spiritual healing. In the previous posts, Gary talked about:

Now he discusses ways to “program” yourself into positivity and out of negativity with essential oils.

Programming Yourself Into Positivity With Essential Oils

It’s all right here in our cell structure, so think the thought, “I can win this race.” Then identify what the race is: “I am running the race to become the next Silver, or the next Gold, or Platinum, or Diamond, or Crown Diamond. I’m running the race and I want to win.”

So you simply rub the essential oil blends of Believe and Highest Potential on your temples and cup your hands over your nose and breathe. Rub it on the locus coeruleus—the brain stem, which is your circuit switchboard operator. Then breathe and make the statements: “I will win. I am winning. I have won.” Take yourself from the future back to the present time. If you don’t write down your statements and state them in the present time, they will have no effect because you are not living yesterday, and you are not living tomorrow. You are not living 60 seconds from now. You only live now.

Once this information is delivered, a chain reaction takes place, creating many biochemical events in the cell by directing a number of activities. It’s really exciting when we think about this. You just programmed a very powerful thought toward your success. After you have programmed that, you have encoded the frequency of the spoken word, and you have encoded the frequency of the oil.

We use the same process in decoding, only in reverse. In that, you write down the thing that you want to release. There are a couple of physical ways that will help you do it. Write down what you’d like to release, just a really short statement. After you’ve written that on a piece of paper, take your pen in your hand and draw circles around it in reverse—not clockwise but counterclockwise. This is not necessary, but it can help you immensely. 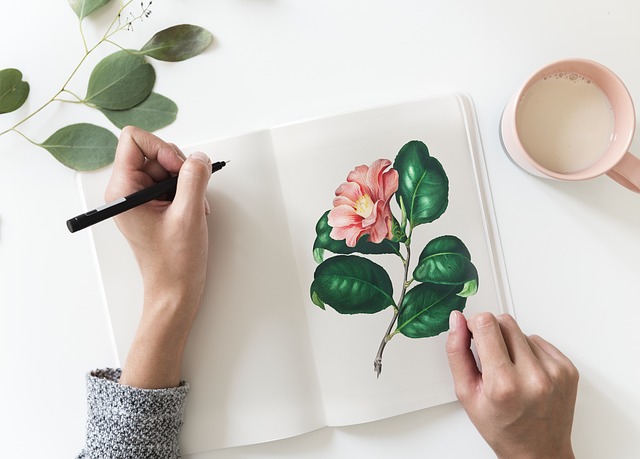 You do this because it helps you to visually create the emotion of unwinding or erasing. Then you put on Release and release that emotion, that thought. You may have to put Acceptance on as you release it, if you’ve experienced things like losing a loved one or going through a divorce you really didn’t want but the other person did. When you don’t have control over people or things, and you feel pain or like you’ve been betrayed or abandoned or you don’t know how to deal with it, this is one way to deal with it: start scribbling circles in a counterclockwise motion and say, “I willingly release all things that no longer serve me in a positive and progressive way.” It’s really simple.

Why is that important? It’s because you have to move into three areas we all tend to avoid. You must move into non-attachment, non-judgment, and non-resistance; and you can do it by saying, “I willingly, lovingly release all things that no longer serve me in a positive and progressive way.” Therefore, you’re making no judgment on that which you are releasing. Once you have written it on paper and said the affirmation, you need do no more.

Just by physically making the motion of going counterclockwise, you’re erasing that blueprint in your memory. Next, while breathing in the oil blend of Release say, “I willingly, lovingly release.”

If you feel that it’s hard, or you feel you don’t want to release, then put Acceptance on with Release, because sometimes we have to stop and accept where we are before we can move beyond.

That’s something that is really difficult for humans. We like to stay stuck. We like to beat ourselves up and make martyrs out of ourselves, so we can feel good about ourselves while we slide into the ditch of poverty, lack, and sickness. Then people can bring chocolates and flowers to us in the hospital to celebrate our position in life. Whoo, boy; are we a backwards society? Are we programmed backwards? Yes, we are, so how can we ever expect to get it right, unless we start realizing we need to make some changes?

Now another thing: If you’re in this space and you’re writing and erasing but feeling stuck, and you put on Acceptance and it doesn’t break the barrier to allow you to feel that you are moving forward, then there’s another attachment that you might want to release. It may be an indicator that there’s a spiritual bondage. It may be a spiritual issue, in which case you put White Angelica on your shoulders, sternum, neck, and crown and breathe it. Then repeat everything in the process.

Is that going to work for everybody? No, but it will for most people.

However, if that still doesn’t let you release or break it, then another issue may be holding you there, so put on Surrender because you’re stuck. You’re not moving or breaking away from the problem—whether it’s spiritual or physical—because you feel attached to it. You have gotten so much mileage out of it, and it has served you so well, even in the pits of negativity. When you’re in the pits of negativity, you get a lot of attention. You need to surrender this.

You need to surrender this so you can heal and start to reach your true potential.